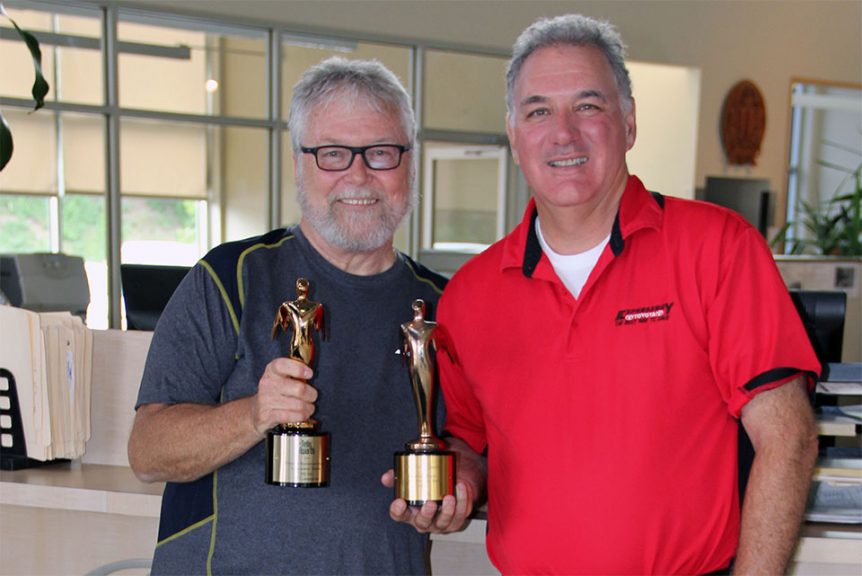 Expressway Toyota/Creative Resources Group has been named a winner in the 38th Annual Telly Awards for the commercial, “We Are.” With over 13,000 entries from all 50 states and numerous other countries, this is truly an honor.

First aired in March of 2016, “We Are” is brilliant in its simplicity, describing Expressway’s commitment to quality, selection, service, and value in just a few short words. Quick moving color changes and a dramatic soundtrack added further sensory appeal, catching and holding the viewer’s attention from start to finish.

“We are very excited to share this award with Expressway Toyota,” says Charlie Rasak, CRG President and Creative Director. “Boston is a highly competitive market, but this campaign’s message was so simple, so clear and obvious, people remembered it over others. Then you attach a great price offer, boom! That one-two punch catapulted Expressway to third place in the New England market.”

Creative Resources Group is one of New England’s leading advertising agencies, providing integrated marketing programs to clients both local and international since 1991. They offer in-house video production, digital marketing and website development, graphic design, and media purchase and placement. CRG’s automotive division, CRG Auto, takes pride in planning, creating, and managing all aspects of advertising and marketing for clients both local and regional.