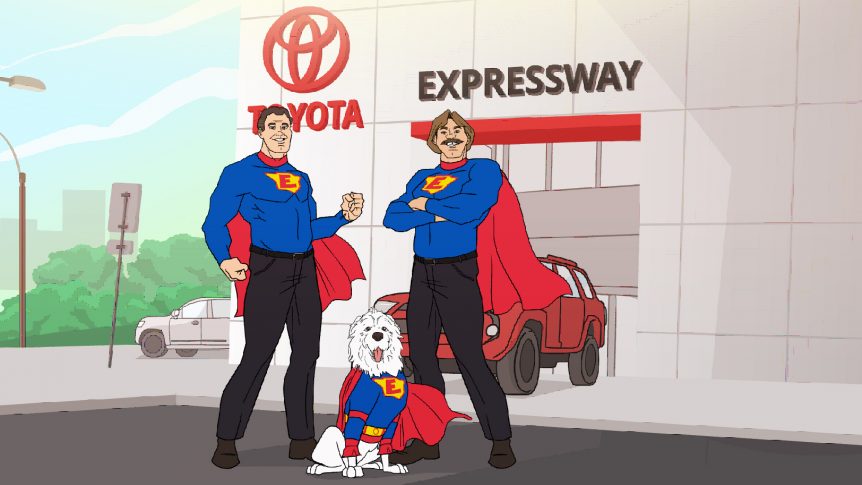 “It’s different from anything else out there,” says Expressway owner (and Supersaver) Robert Boch. “It’s fun, it’s lighthearted and at the same time, it’s still all about a great deal on your next vehicle.”

For decades, Expressway Toyota owners Robert and Richard Boch have been known throughout New England for their adverting alter-egos. In 2005, Expressway partnered with automotive ad agency and production company Creative Resources Group to bring the heroes to life. Since then, CRG has featured the dynamic duo and their canine sidekick in countless ads using a combination of live-action and green screen footage. 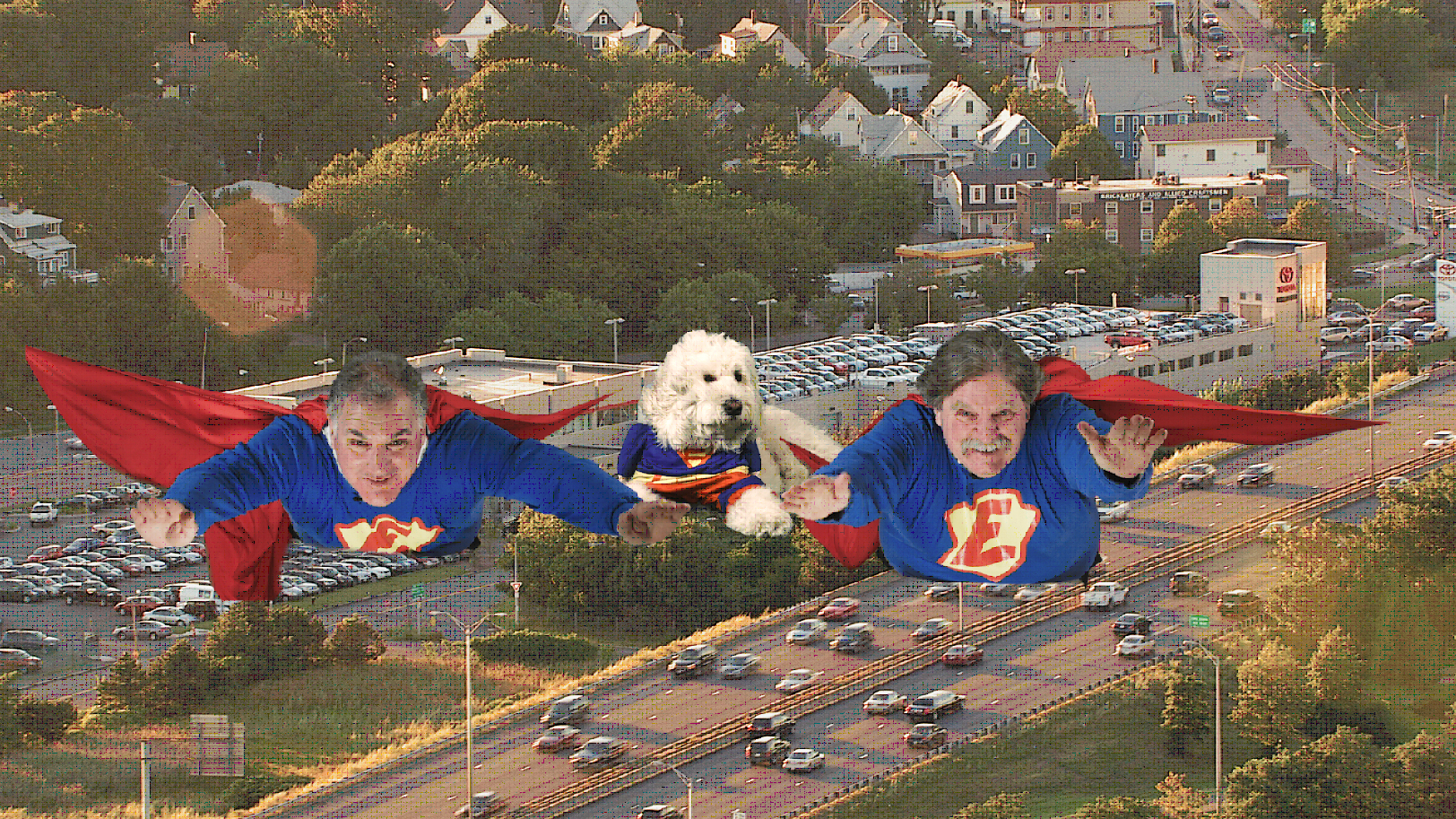 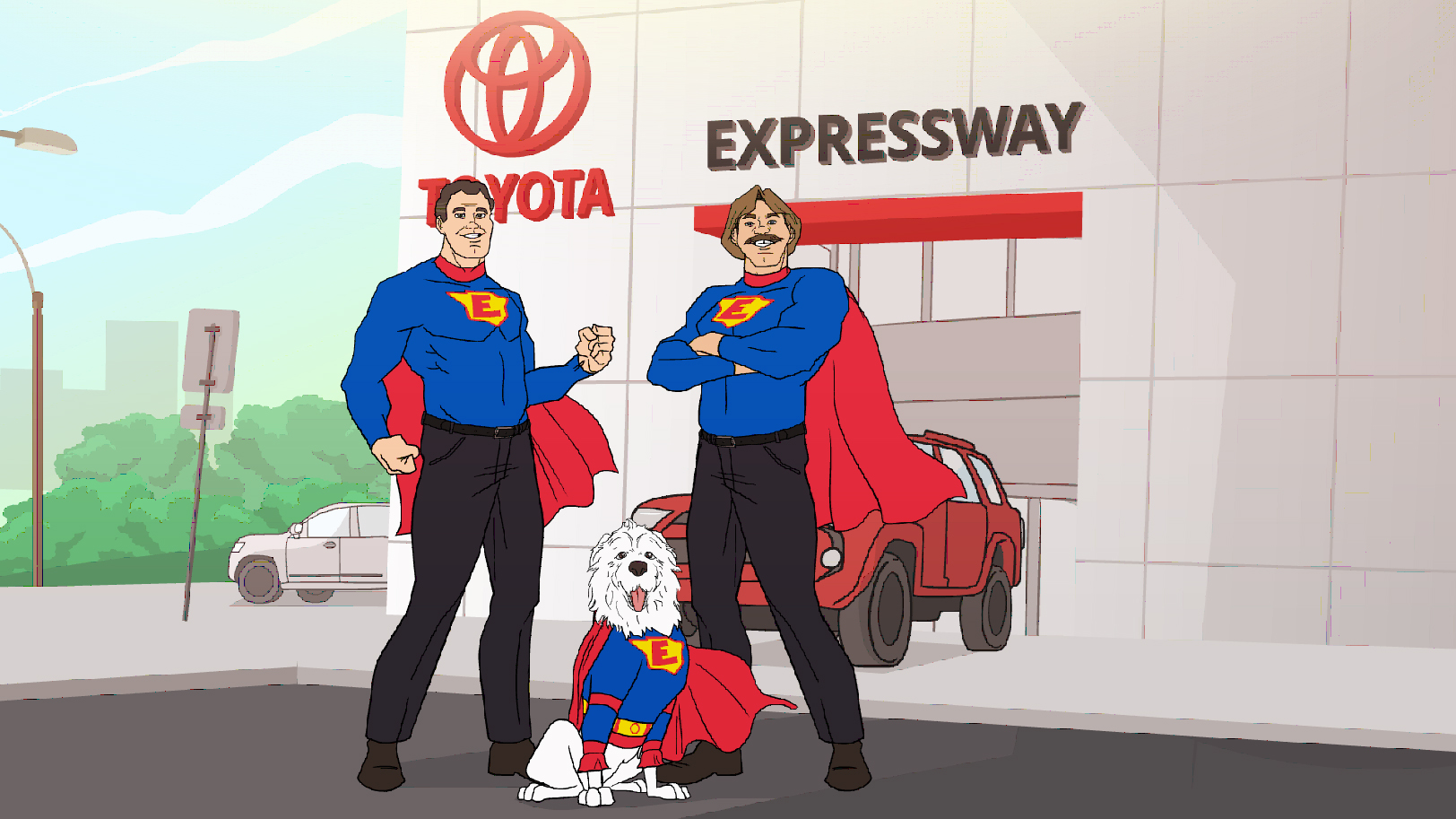 However, as the historic year of 2020 drew to a close, Creative Resources Group identified an opportunity to reinvent the Supersavers. “There’s hope on the horizon,” explains CRG President and Creative Director Charlie Rasak. “If ever there was a time for heroes, this is it.”

Expressway and CRG had long discussed animation and it was truly the next logical step in the evolution of the Supersavers. Now, with the increasing popularity and nostalgia of ‘90s style cartoons, timing was perfect. The first animated ads hit the airwaves in Boston starting January, 2021.

Expressway is one of New England’s top Toyota dealerships, known for their large selection and value on both new and used cars. “That’s our foundation,” says owner Richard Boch. “Animation allows us to be even more creative in how we promote it. As we always say, remember, Expressway’s the best way to save you money!”