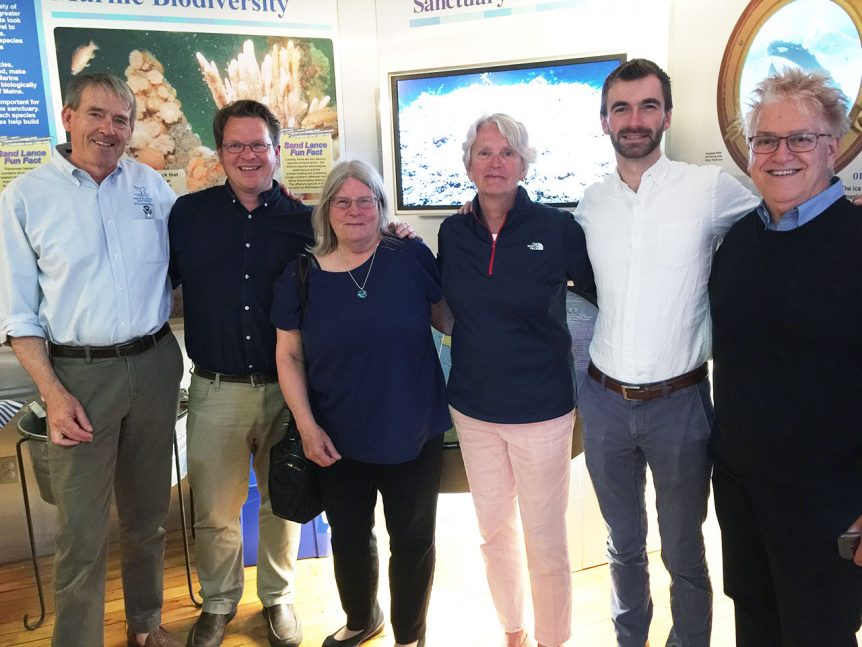 With only two months of production time, CRG integrated design and multi-media elements to transform a bare room into a simulated research vessel. Steel walls and portholes looked out onto sanctuary species, while visitors interacted with touch screen kiosks, video theater presentations, a lighted 3D map, dioramas, and etched plates for art rubbings.

Quickly after the exhibit’s opening, it became a major destination for the thousands of whale watch passengers and other tourists who visited Gloucester each year.

However, with the passage of nearly 12-years, new scientific discoveries and technology called for an update to the exhibit. Once again, the National Marine Sanctuary Foundation and the Maritime Heritage Center, now Maritime Gloucester, brought Creative Resources Group on board. Having maintained the original graphic files in our archive, CRG was able to work with the sanctuary team to make changes quickly, well in advance of the exhibit’s scheduled opening day for the summer season.

Many of the updates required that new steel-look wall panels be printed and these needed to fit in seamlessly with those from 2006. CRG’s Art Director Dennis Huston visited the exhibit, meticulously measuring, photographing, and sketching. Thanks to his attention to detail, the graphic panels were well designed and aligned beautifully. The expert installation by Maritime Gloucester was completed with CRG’s new contour map that allows light to stream out from underneath for a floating effect.

CRG once again exceeded all expectations, delivering an up-to-date exhibit experience on time and on budget for the 2018 summer season. We would like to also recognize and thank the Stellwagen Bank National Marine Sanctuary and the Maritime Gloucester teams who worked to deliver the content and finalize text, photos, and other elements within this tight timeline. We couldn’t have done it without you! 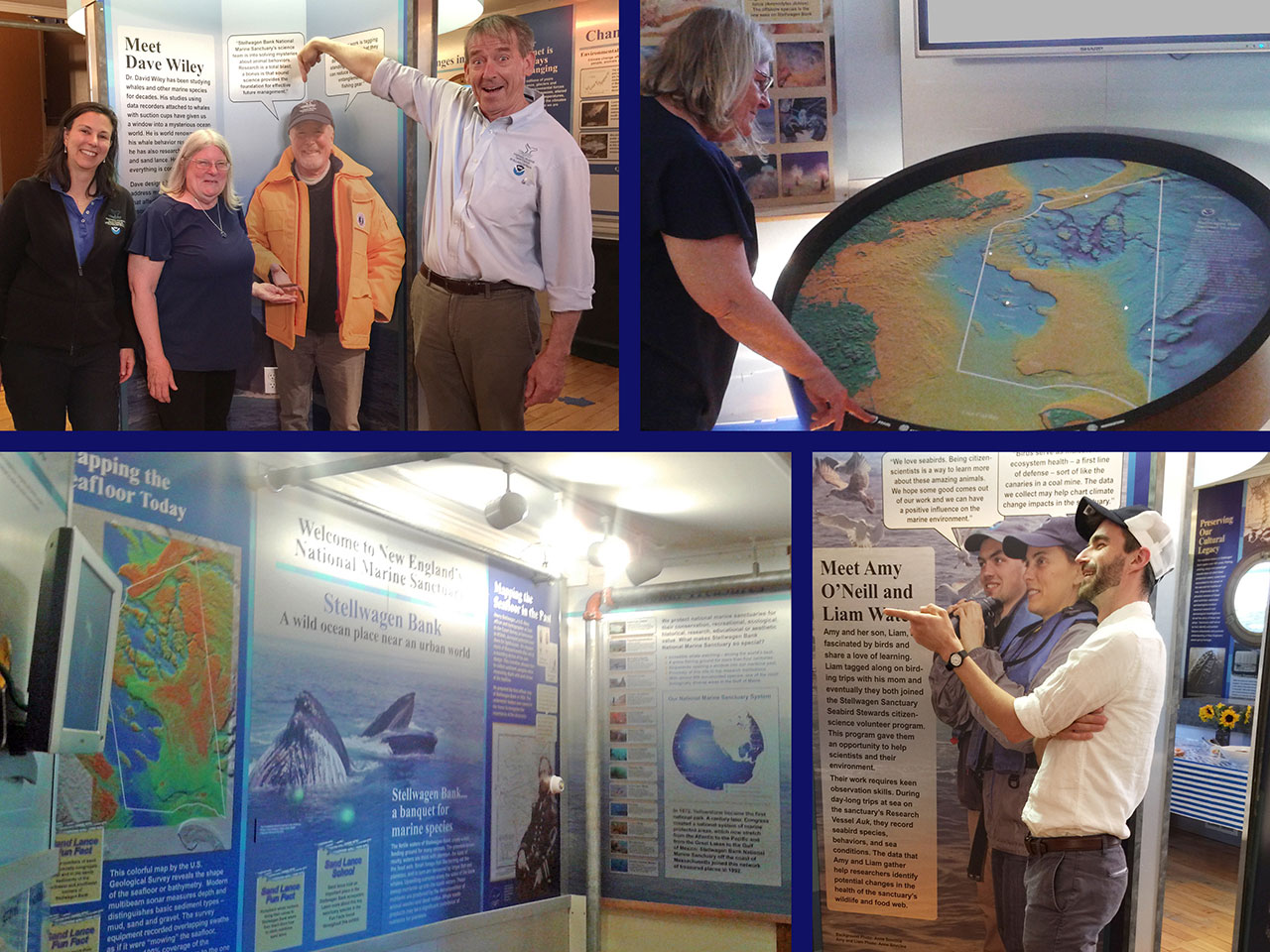 Creative Resources Group is an advertising and marketing company with expertise in graphic design, audio/video production, website design and development, and traditional and digital media. The combination of these various disciplines is an asset on projects such as the Maritime Gloucester exhibit. Find out how CRG can help you. Email us at info@meetcrg.com or call 508-830-0072.